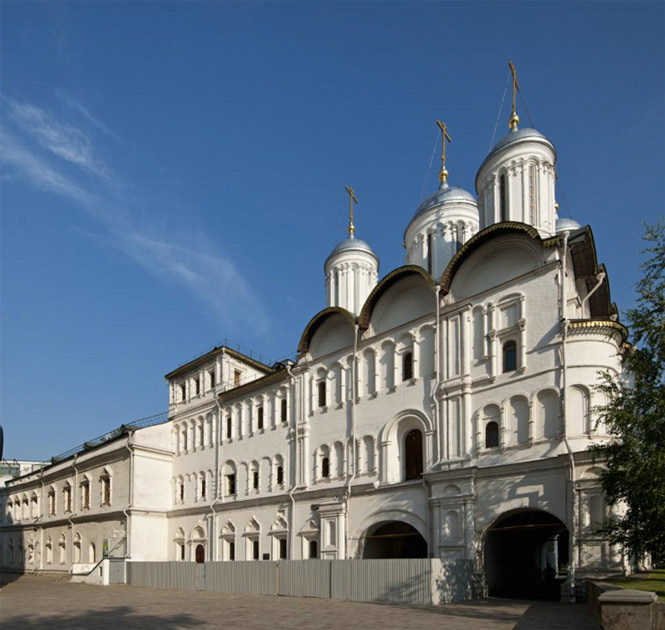 The end of construction of the Patriarch’s Palace in 1655 meant that the ensemble of the Kremlin’s Cathedral Square, which had been under construction in the 15th-16th centuries, was finally completed. A huge three-storey building of that time enclosed the square on the northern side. Many elements of the Palace’s outside décor were borrowed from the Kremlin’s cathedrals—lean drums of a five-dome private chapel resemble those of the Archangel Cathedral, while the arcature row on the southern façade is a replica of the Assumption Cathedral’s décor

The Palace’s ensemble was built as an architectural unified whole, which is distinctive from constructions of preceding centuries,—the private Church of the Twelve Apostles was incorporated into the main building. Beautiful vaulted passageways divided by pilasters easily carry a high four-pillar church with two-colour windows. Pilasters with semi-columns on the sides separate the Chancel and the nave from the portico (which housed the Refectory) on the first floor and from private cells on the second. A protruding profiled cornice is a characteristic feature of the 17th-century Moscow architecture. The church's white-stone portal facing Cathedral Square reminds of a roundabout gallery that once was up there.

The architects took affords to make the décor diverse and picturesque. The first and the second floor are ornamented with an arcature. The upper row of those arches stands on thin semi-columns, whereas the lower row – on little faceted white-stone columns with carved capitals of a different design. The first-floor windows are shaped in the 17th-century typical way and topped with a keel-like fronton. The windows of the first and the second floor are well incorporated in an arcature belt. A belfry that much resembled the extant one over the Kremlin’s Amusement Palace topped the building. 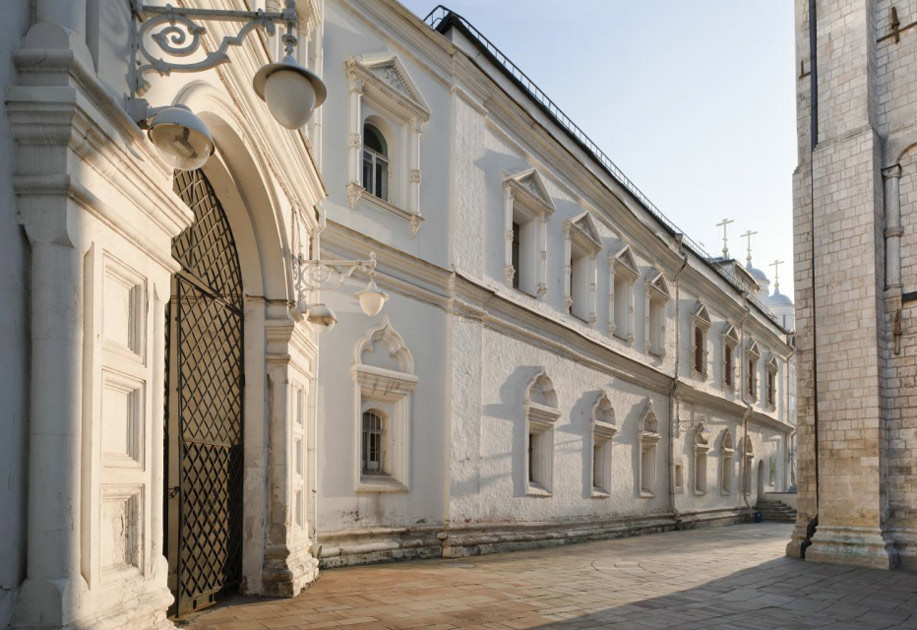 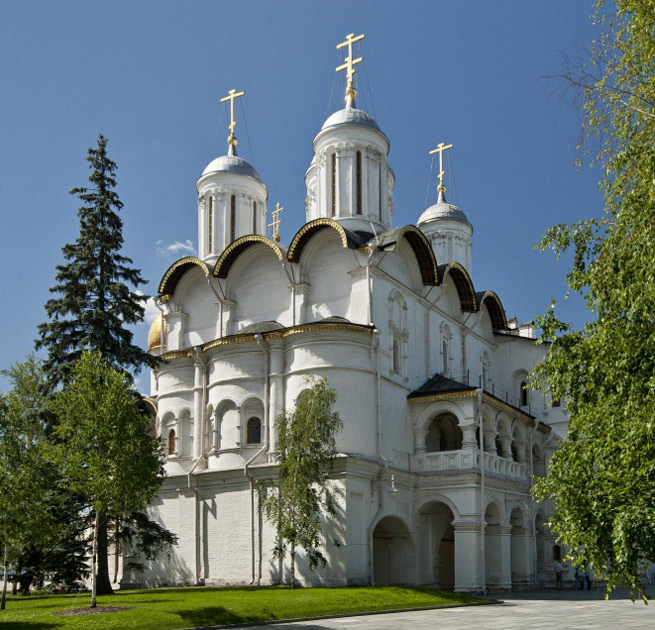 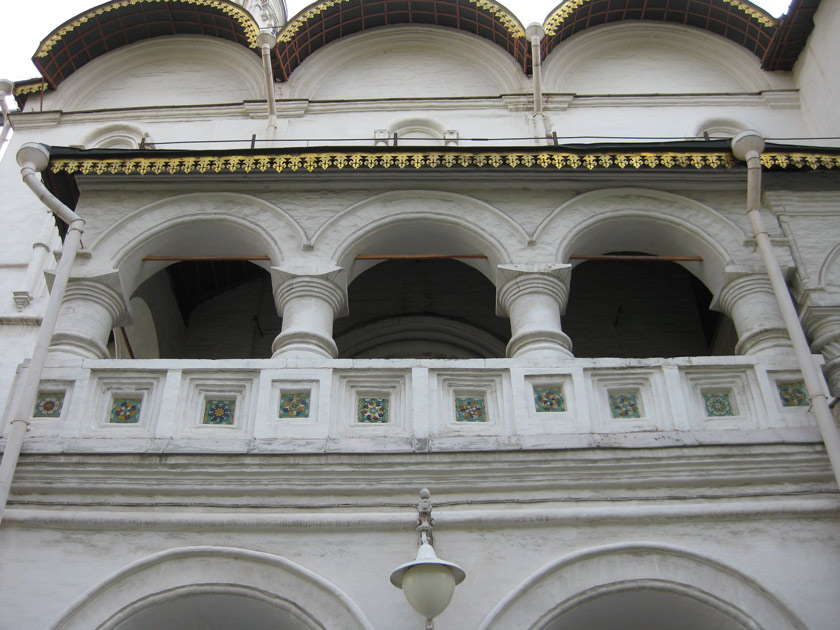 The northern façade of the palace, facing the inner yard, looks somewhat different. Here we see typical techniques of decorating outside walls and window openings with moulded bricks. Horizontal beams divide the stores, while vertical spades define the upper stories. Thanks to the asymmetry in window openings and arched and keel-like frontons, the building is endowed with picturesque elegance. A roofed arcade on the poles, ornamented with polychromatic tiles was attached to the main edifice in the 1690s.

The west side of the Patriarch’s Palace is heterogeneous in architectural decoration, which is related to reconstructions in the 18th century. Besides, a high carved porch that led from the Cross Chamber to the Assumption Cathedral hasn’t remained till today. Nevertheless, the Palace hasn’t lost its harmonious integrity. The ensemble has kept different types of secular structures of Old Rus—from ceremonial halls to small residential rooms.

The Patriarch’s Palace is not only an interesting monument of Old Russian architecture but also a witness of the turbulent political struggle of those times. It is the illustration of an ambitious Patriarch Nikon’s inconceivable pride and desire to compare to the Tsar.