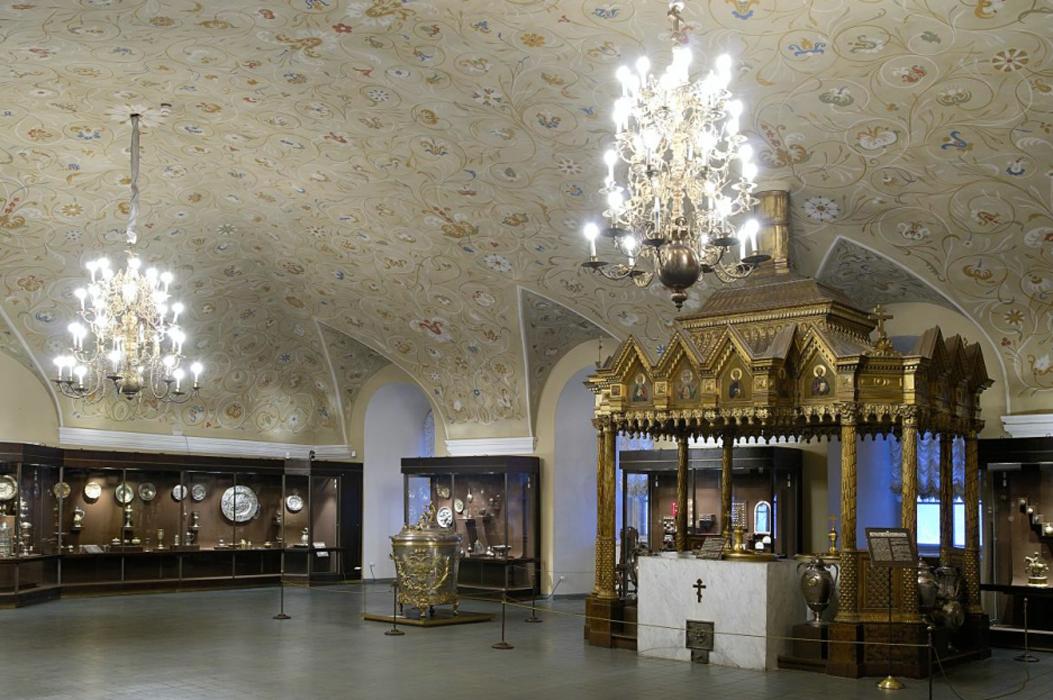 The Cross Chamber (or the Chrism Chamber) is a ceremonial reception hall of the Patriarch’s Palace. It was a novelty in the 17th-century Russia that an enormous room of 280 square meters (3000 sq. feet) had a vaulted ceiling with no supporting pillar, which showed a high level of stone architecture. It was the place where church councils took place, bishops were elected and proclaimed, tsars were received, ceremonial receptions and feasts were held. It was renamed into the Chrism Chamber after a stove for making the Holy oil was installed there. Today one can see silver vessels for myrrh next to the furnace—gifts of Emperors Paul I and Nicholas II.

From 1963 on, the Cross Chamber houses the Museum of Applied Art and Life Style of 17th-century Russia displaying items from the collections of the Armoury and the Cathedrals of the Moscow Kremlin.

The —Åhamber showcases various functionary different 17th-century artworks that used to be a part of the patriarch’s and royal treasury and belonged to prominent statesmen of that time. A rich collection of Old Russian tableware allows you to fully enjoy excellent workmanship of gold and silversmiths. It presents dishes and plates of various sizes, flagons and glasses, drinking vessels such as charka and korchik, as well as drinking laddles kovsh and bratina, which were widespread in the 17th century. Separate sections comprise personal belongings of Patriarchs Filaret and Nikon, their leisurewear and church vestments, and a collection of table-top clocks and watches.

A stove for preparing the Holy oil - myrrh, was installed in the chamber in 1763. A carved wooden canopy with a stove hood was erected above it in the 19th century. The chrism stove is made in the form of a cross and faced with natural and artificial marble. Inside there are three boilers for making chrism. A carved wooden gilded canopy on eight pillars was installed above the stove in the 19th century. There are images of the New Testament Trinity called the Paternity and the Twelve Apostles.

A silver tub for myrrh weighing 200 kilograms was presented by Empress Catherine II and installed in the Cross Chamber in 1767. The lid of the caddy is crowned with cast gilded figures—the prophet Samuel pours the Holy oil over King David's head. There are also moulded Evangelical semi-figures on the lid, while its body is decorated with cast paste-on figures of putti, palm branches, imperial crowns, and the monograms of Catherine II. The pedestal on feet is decorated with overlaid cast plant shoots. Despite the rocaille décor, there is an inscription about its origin on the rim of the tub, in keeping with Russian tradition. After boiling, the myrrh was poured into the tub for cooling.

One can see 16 silver vessels for the myrrh oil, executed in commemoration of Emperors Paul I and Nicholas II taking part in the ceremony of making chrism oil. A vessel for myrrh in the form of a jar with a lid is cast in silver. Two handles are attached to its body. The vessel is adorned with gilded decorative plates, some details are gilded too. There are carved inscriptions on the plates in the centre of the rings about the event that caused this vessel to be created. These vessels were filled with oil before their consecration. On Holy Thursday before the Liturgy, the vessels were transferred to the Assumption Cathedral for consecration. 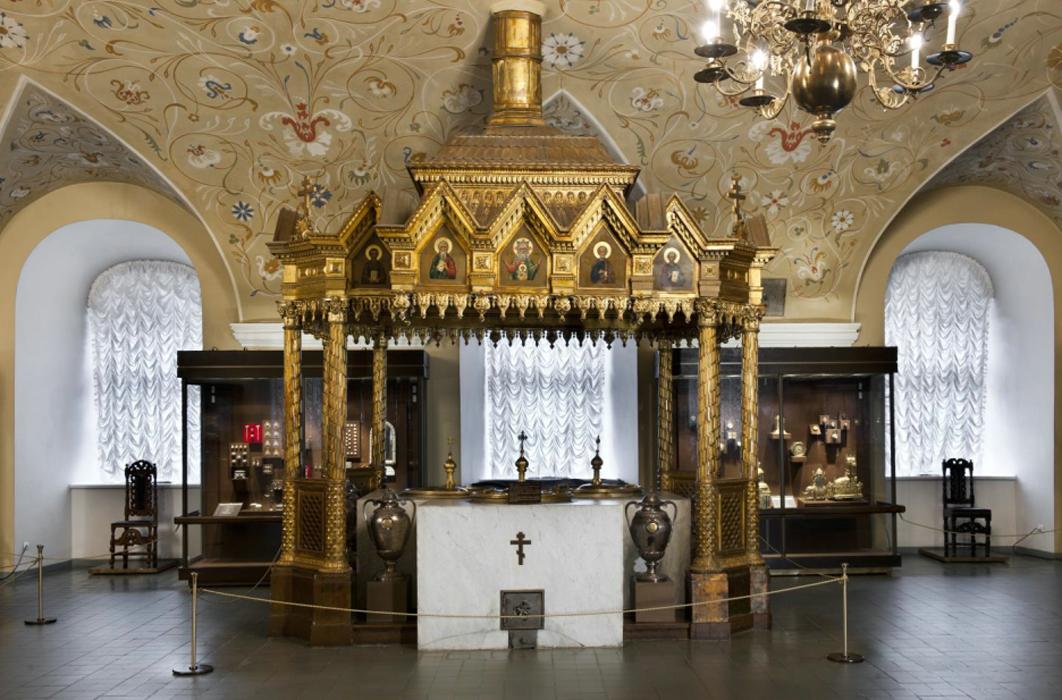 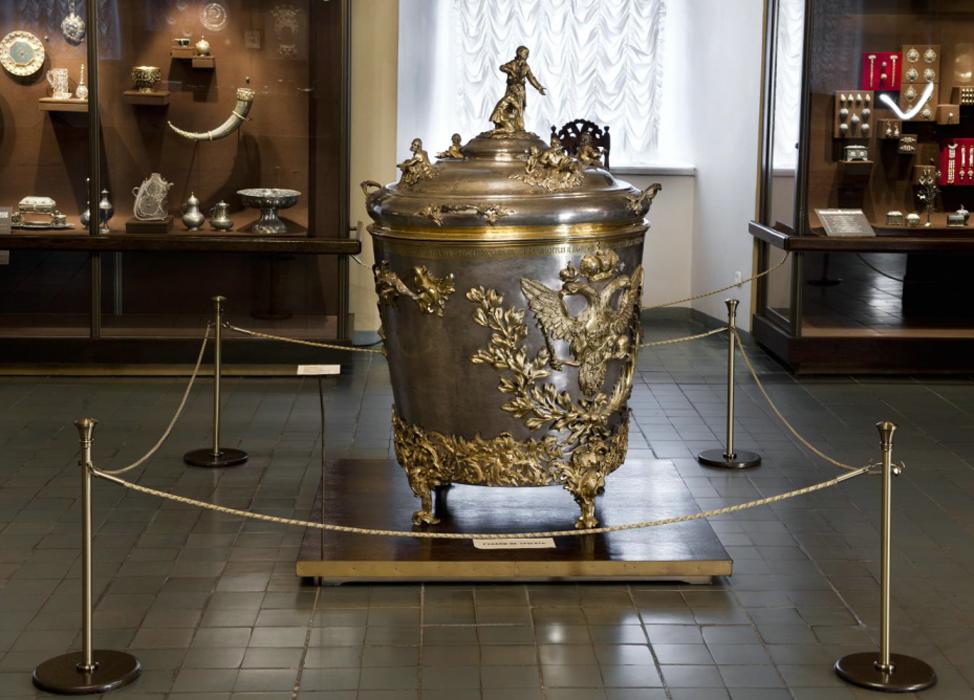 ¬¬≈–’
We use cookies on our website
By continuing your visit to this site, you accept the use of cookies and other technologies to ensure the best possible use of our site and for web analytics.