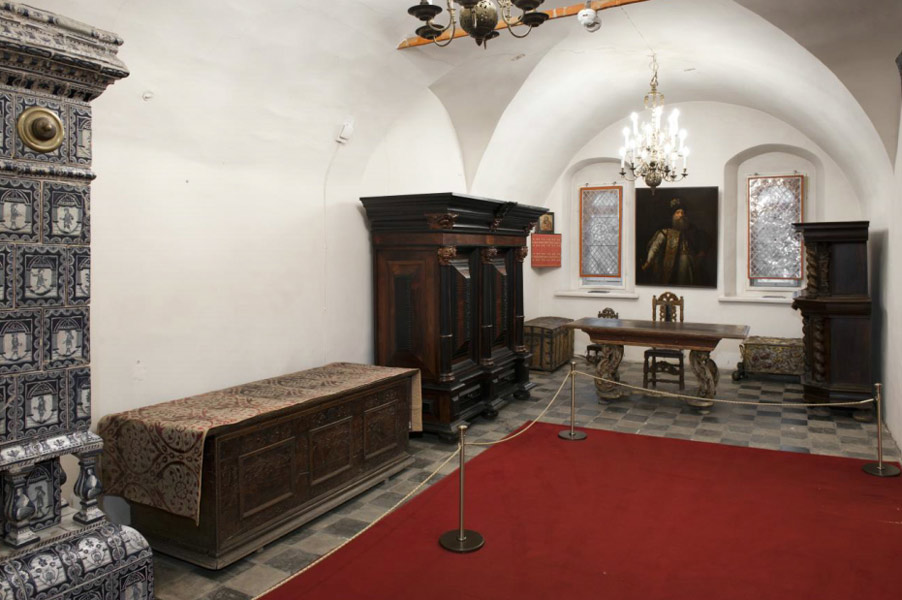 The first room reconstructs a living room. In the 17th century, houses of rich men became more and more equipped with imported furniture, i.e. desks, cupboards, chairs, together with traditional Russian furniture, such as chests and benches. It is known from the records that interior arches and walls were painted with bright fancy ornaments; walls were covered with embossed leather of bright and gilded hues. Cupboards, iron and wooden chests—from small to large boxes and chests with flaps—were used for storing goods and chattels, money, books, and documents. Here one can see three chests, each interesting in its way. One is covered with seal fur, another is painted over high-relief chasing, and the third one is made of aromatic cypress wood and decorated with carvings showing hunting scenes. Such chests as the cypress one served as a bed, it was laid with cotton or leather mattress, upon it there was a down-bed covered with black or red bedspread.

Until the end of the 17th century, chairs and armchairs were considered honorary furniture in Russia. They were decorated with amazing carving, sometimes openwork carving, painting and gilding; seats and backs were upholstered with patterned velvets, colored leather with embossing. As I. Zabelin writes, the chairs "were guests in royal chambers before Peter the Great times. In the palace, the chairs were served only to the sovereign and royal family members, as well as to patriarch".

Window apertures were also richly decorated; mica windows, usually painted in bright colors or painted with floral and zoomorphic ornament, were inserted in frames sheeted with felt or cloth.

An essential accessory of the Russian house of that time was icons – they were located in a wall iconostasis or "red corner".

A special place in the interior of a living room belonged to a tiled stove. Stoves served not only for heating – faced with painted tiles, they also adorned rooms. Under Patriarch Nikon, multicolored relief tiles were beginning to be widely used in the outdoor decoration of buildings as well. Similar tiles were used to cover stoves at a later time too. In 1691, the skilled tile-maker Stepan Ivanov, nicknamed Polubes, built several stoves in the upper rooms of the patriarch's house. He made a four-angled stove in a new way in a Small Dining Room, a round stove in a Small Cell, and four-angled stoves in two upper rooms. 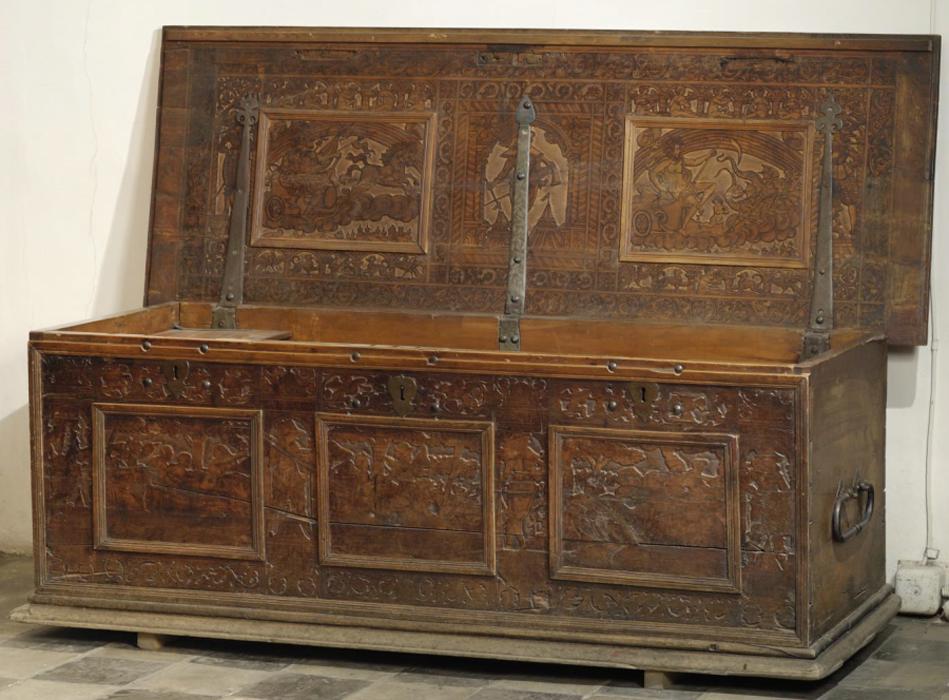 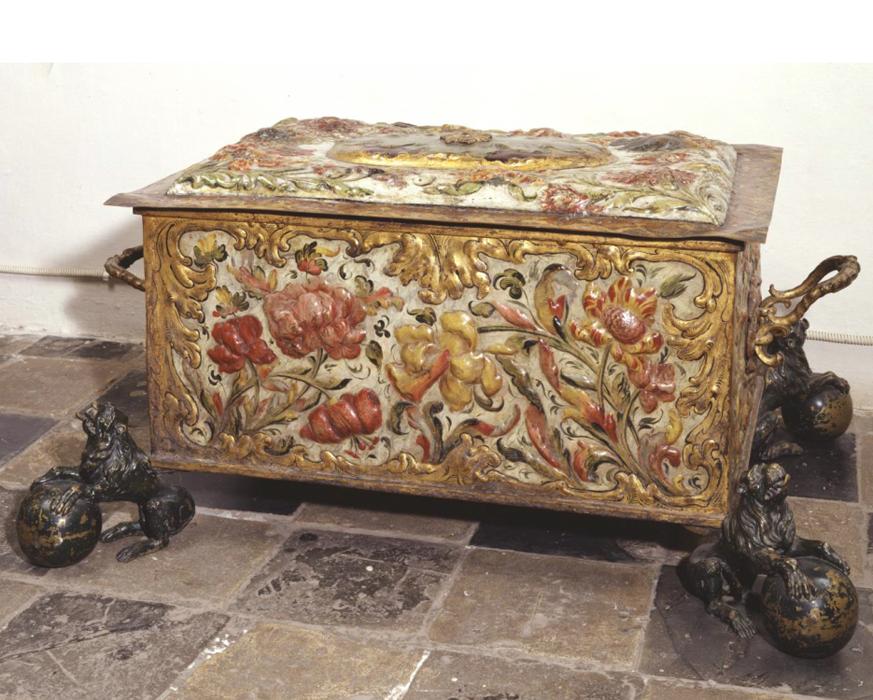 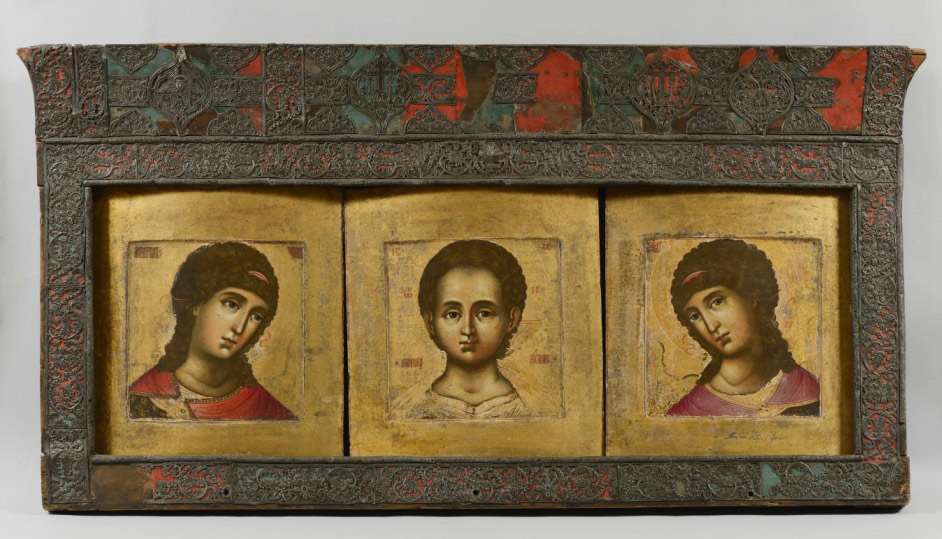 Another room reproduces the interior of the study. Here on the desk, you can see a candlestick, an inkstand with a pen stand, a sandbox, glasses, a pointer, and clocks, as well as obligatory attributes of a rich house – a globe, chess, books, and mica lantern. Hanging inkstands presented in the museum's exposition were probably cast in Moscow, at Kotelnaya Sloboda at the turn of the 17th-18th centuries. One of them is decorated with the image of a horseman (St George?), the other – with unicorns and lions standing on their hind legs in front of the Tree of Life. A small chest decorated with strips of pierced tin served for keeping books and papers. Such chests had different shapes and were often equipped with a carrying handle. Large forged chests with massive locks contained treasury or other valuables. 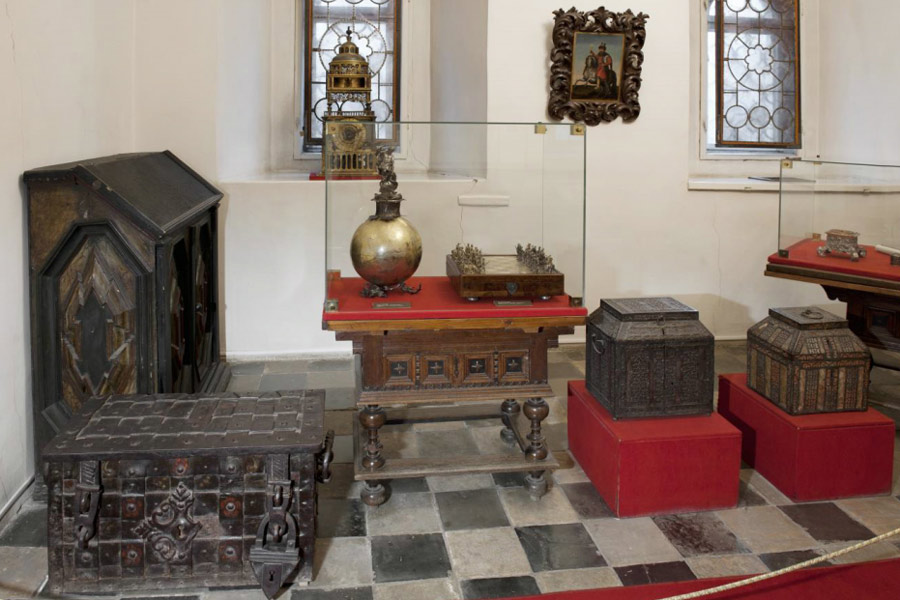 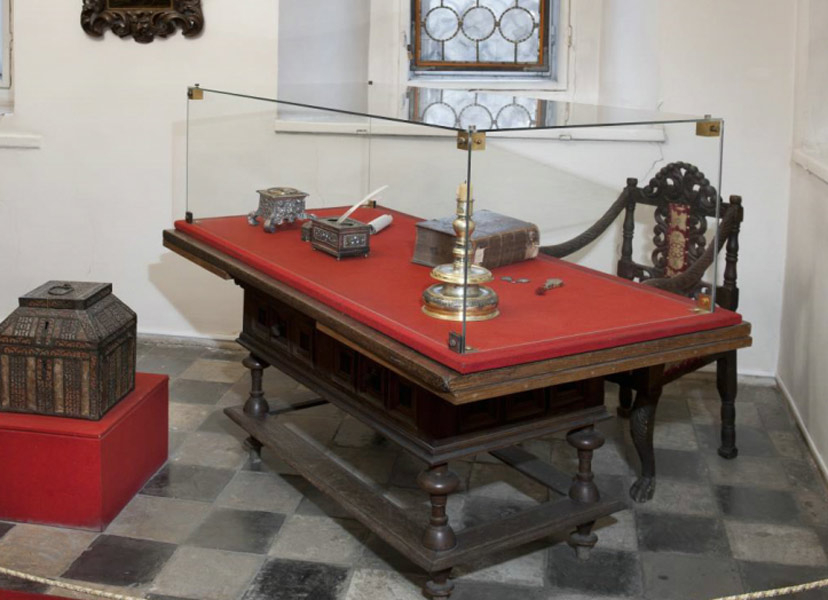 The 1658 inventory of the treasury kept in Patriarch Nikon’s room gives us an idea of the objects placed on his desk. The list includes seven pairs of glasses in horn, leather, and silver-gilt cases, copper and clay inkstands, swan-feather pen, a silver seal, and church books to test new clergymen. 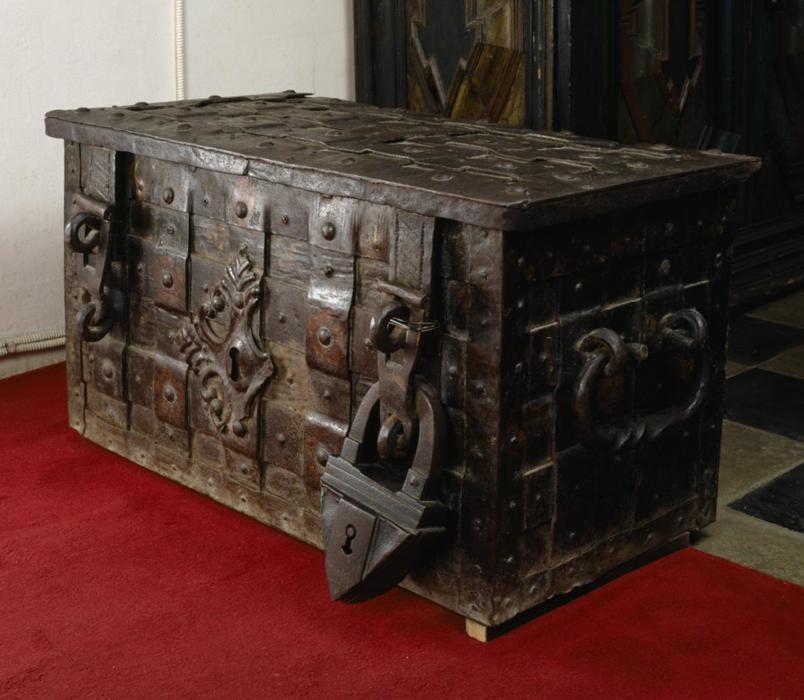 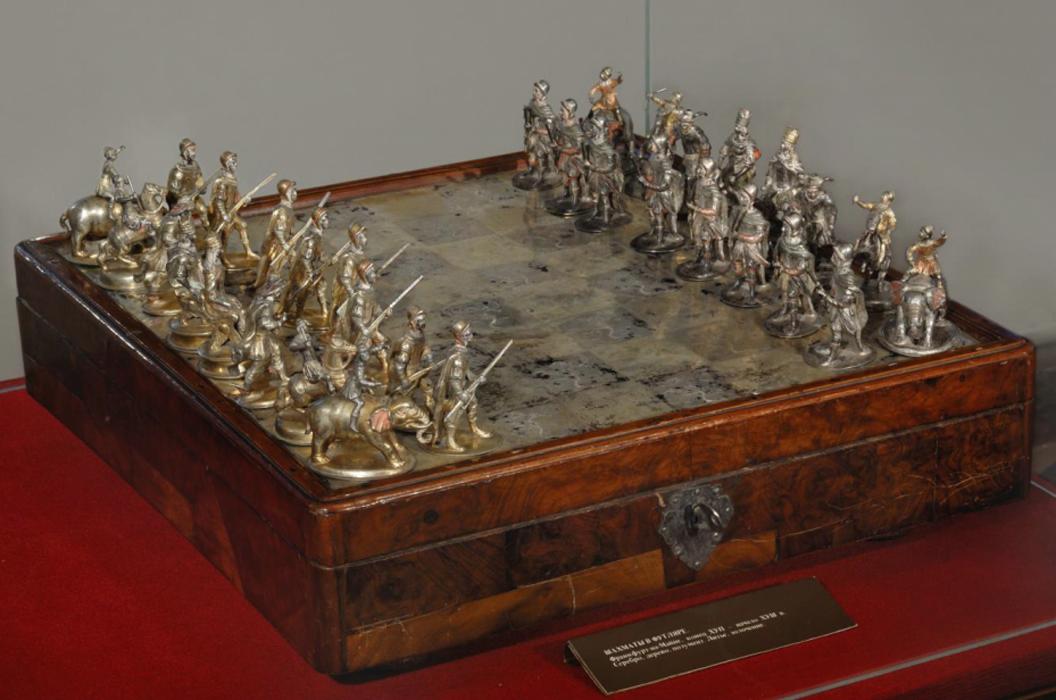 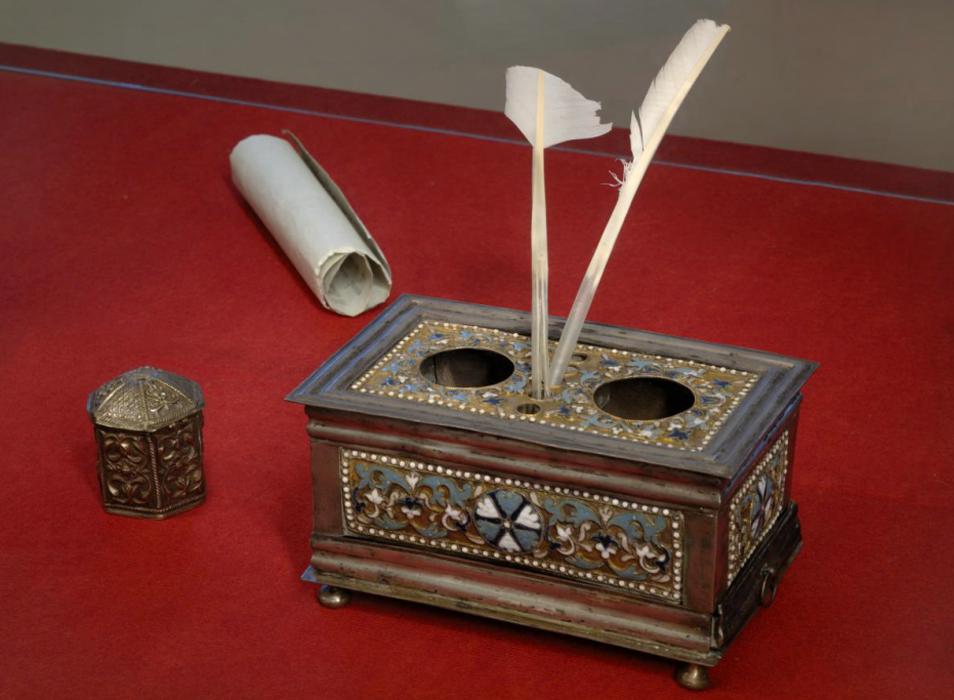 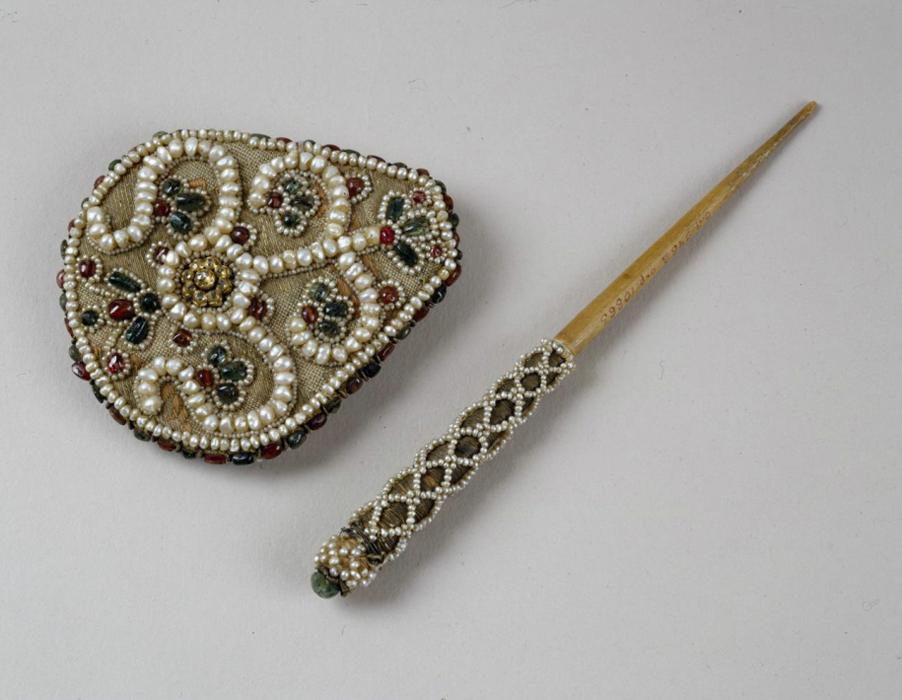 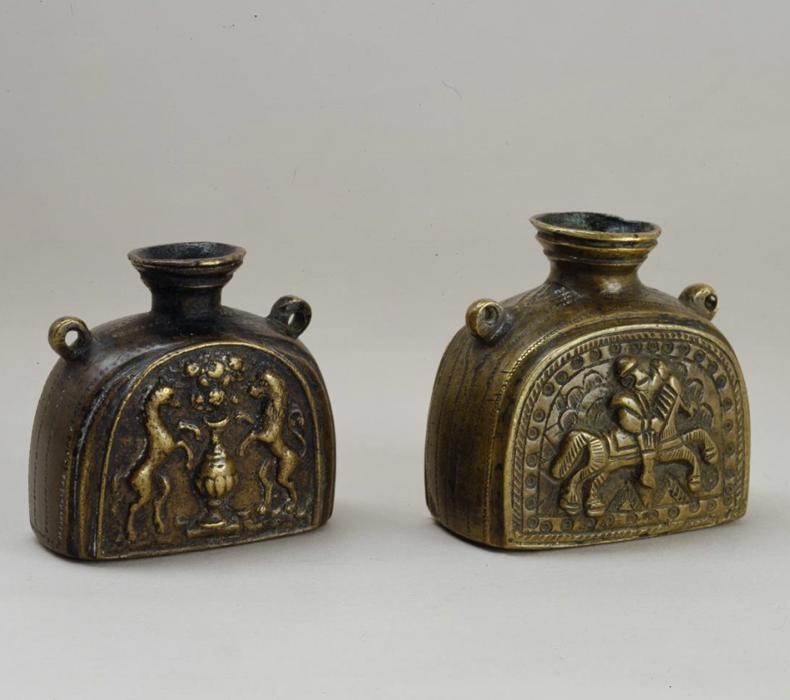 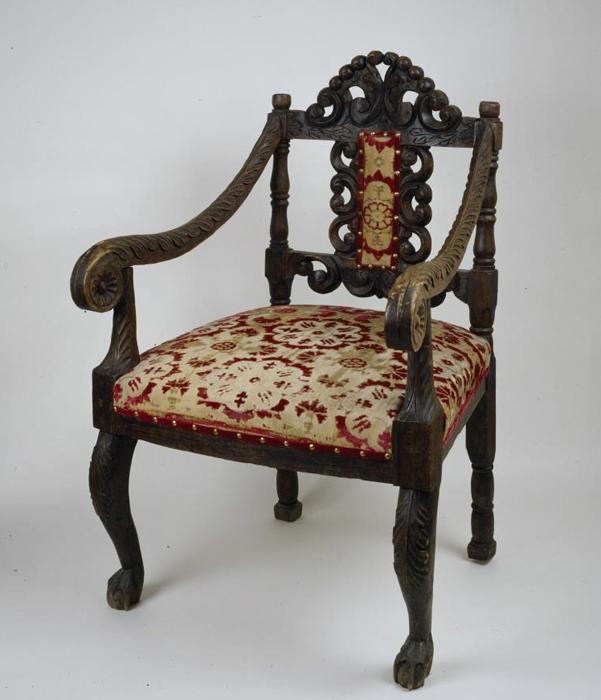