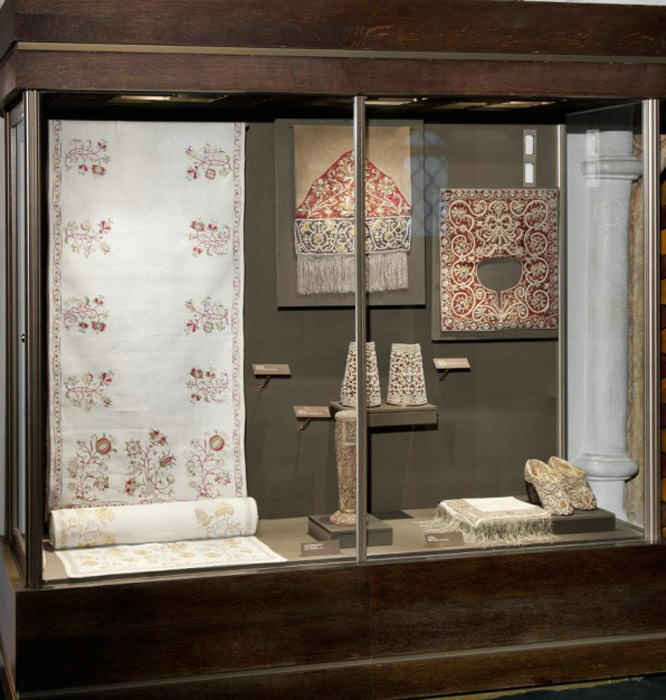 Ornamental embroidery has existed in the life of the Russian people since ancient times; it is related to folk traditions, creative fantasy, and folklore. Fanciful and diverse ornaments adorn towels and kerchiefs, as well as details of peasant's clothes made of linen and wool. Over time, decorative embroidery developed and transformed.

Ornamental, decorative elements of embroidery of the 17th century are the result of individual creativity of the craftswomen; they are distinguished by a vast number of various compositions and motifs, based on extensive and centuries-old experience. The sources of the creative inspiration came from folk embroideries, imported fabrics, works of jewellers and woodcarvers. Frequently they are geometric compositions, consisting of a combination of rhombuses, circles with star-shaped ornaments inside. Those are Slavic symbols of the sun, which go back in their origins to ancient times, and became purely ornamental in the 17th century.

An abundance of gold threads and pearls, which occupies a prominent place in the history of Russian embroidery art, characterizes the ornamental embroidery of the 17th century. Pearl production spread on the rivers of the northern part of Russia, and large pearls were imported from Kafa (Crimea), from the Persian Gulf. In combination with the precious stones and gold, it was affordable to a few people and used in the princely and boyar life. Pearls played a significant role in ornamental sewing, being an independent means of artistic expression. The technique of pearl embroidery was diverse and virtuoso. This direction of decorating was distinguished as a speciality—"knotter", the masters who strung and knotted pearls. Small river pearls were widespread in ordinary people's everyday life—it was a decoration for women's hats and festive outfits.

In general, the ornamental embroidery, as well as the pictorial one, was developing in the mainstream of artistic culture of the 17th-century Russia. The exhibits presented in the showcase testify to the wide use of ornamental embroidery—a knife stand, parts of hierarch's vestments, shoes, towels, and a kerchief—they are all decorated with such embroidery. 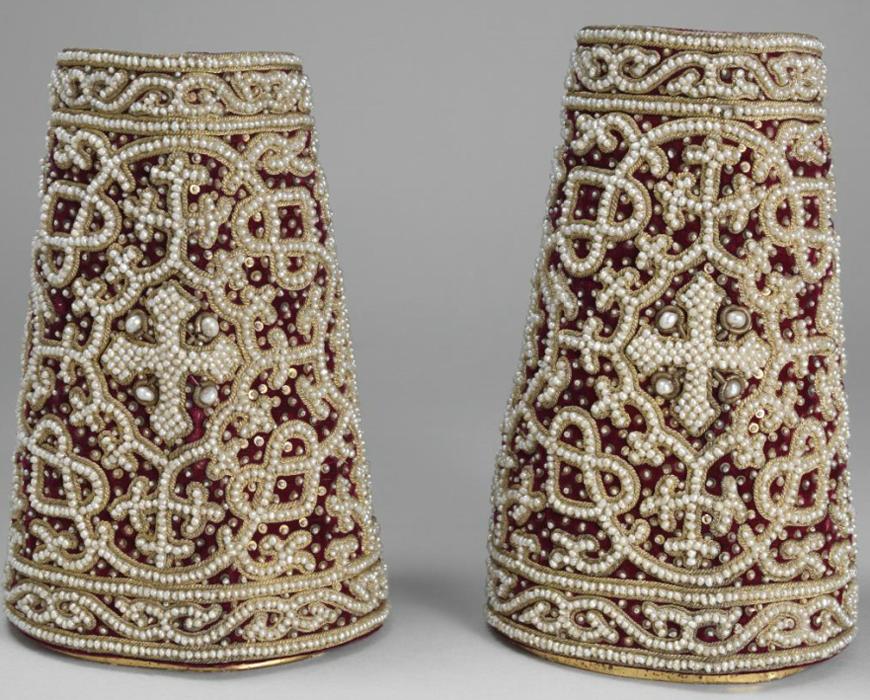 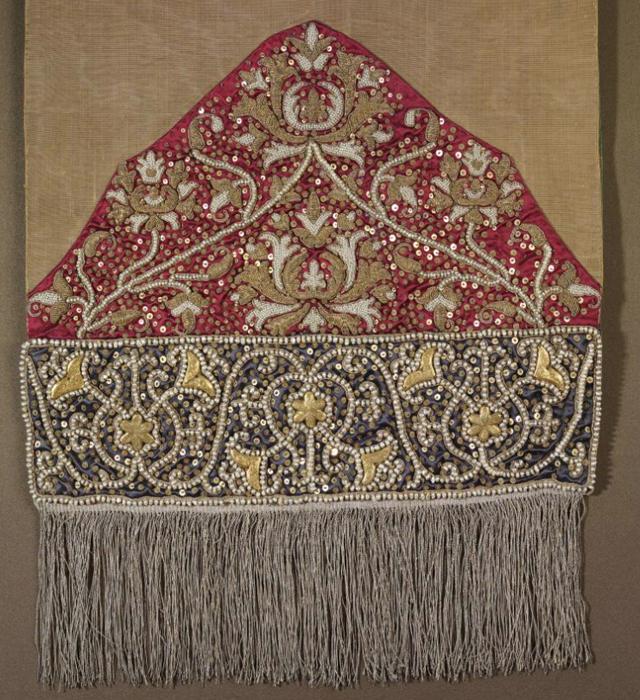 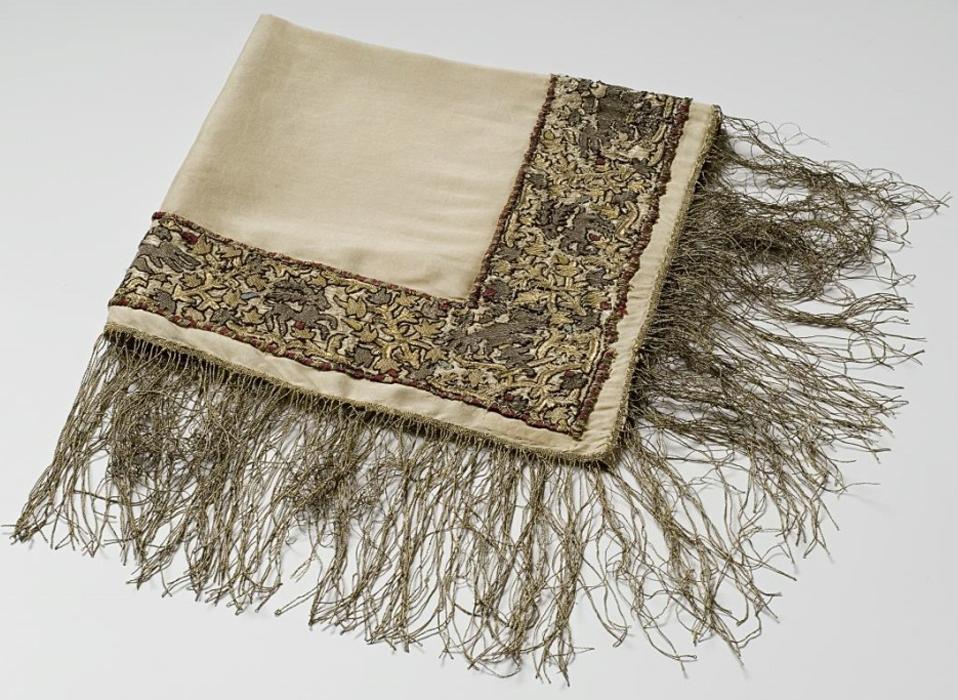 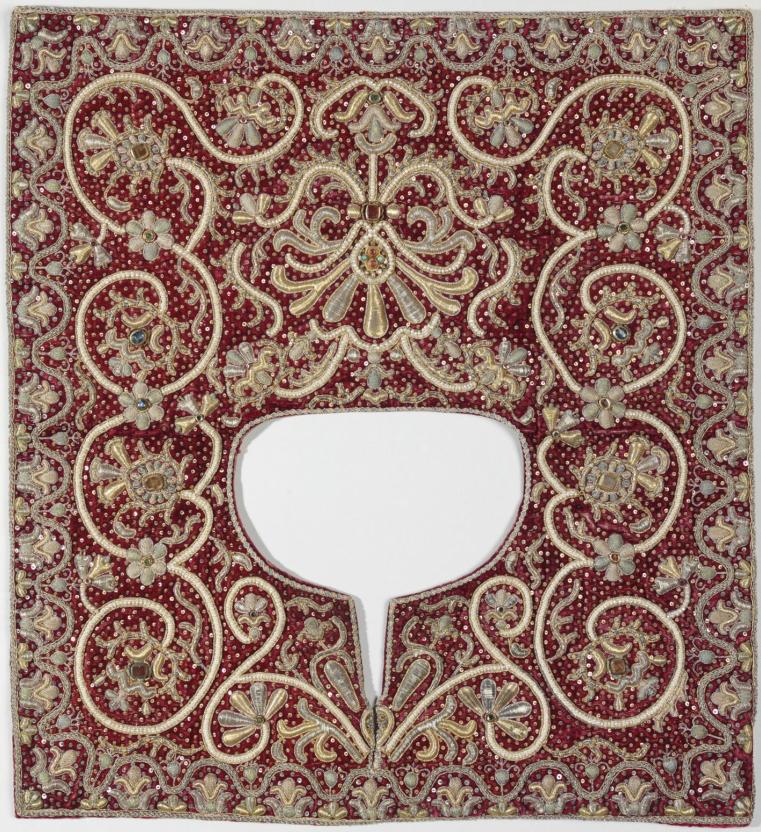 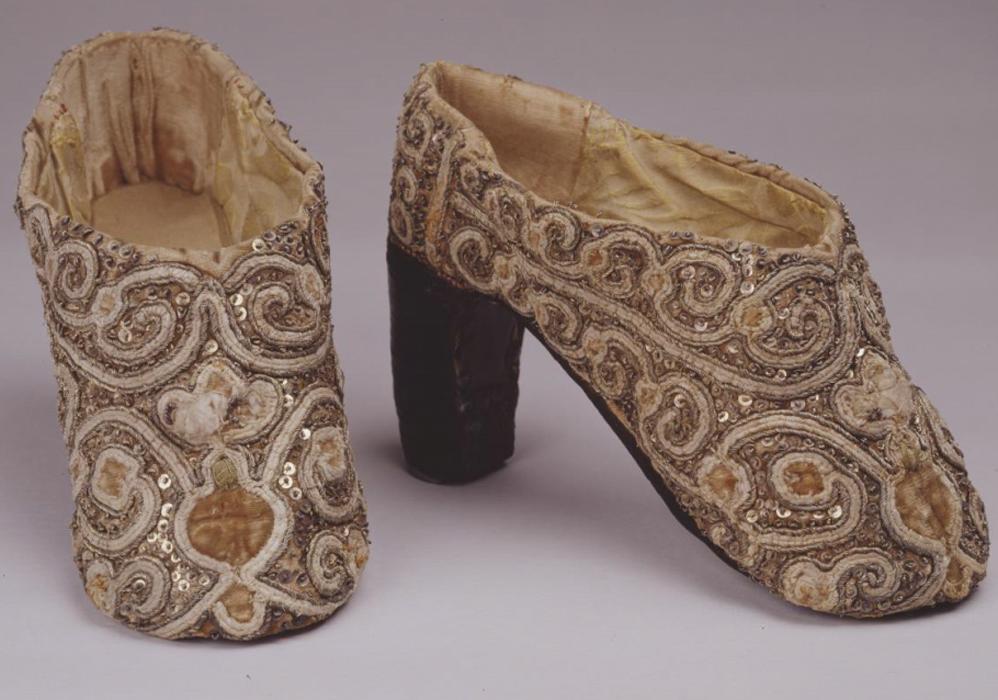